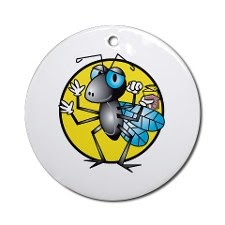 ONE SINGLE IMPRESSION
http://onesingleimpression.blogspot.com/
'incandescent'
CANNED!
(This verse may cause appalled dissent!)
This fly has made an in-can-descent!
It flew around when I was drinking,
And, almost without a bit of thinking,
I zapped it, hit it on the conk,
And into the can it fell, kerplonk.
It descended into its liquid grave
And I had no desire to save
Such an appalling little pest.
(Please tell me my poem is the best!)

THE CONFESSION
Just last week an Italian went to a Priest for his Confession;
The Priest expected many sins and a very lengthy session.
But the man said without preamble 'Well, it's like this, see.....
When the Second World War was on I sheltered a refugee.'
'What a very noble action!' the Priest exclaimed with joy;
'You must have had a noble heart, even when a boy!'
'Yes' said the man 'I started off with every good intent
But then I gave-in to avarice and started charging rent!'
The Priest responded 'That's not good but I've heard worse sins before
And many men are tempted in the dreadful trials of war.
Go in peace and still rejoice! There was someone you befriended!'
'Right!' said the man 'But .......
When do you think I should tell him the war has ended?'
*
Posted by Rinkly Rimes at 9:45 AM

Your poem is the best!
Poor little fly.

May the fly forever rest
Your poem is the best

Yup, it's the best! I'm still giggling. I love the way you took the word apart and ran with it.

thanks for the chuckle with your fly poem.

Ok, now I am laughing. I love your fly poem even though I struggle with not killing anything, especially living on the edge of a jungle. The confession was funny, too. It is good to have a shared laugh. Thanks! hugs, pat