THE SUNDAY WHIRL
http://sundaywhirl.wordpress.com/
The blue words are all in the Wordle

Like peas in a pod, almost,
They stand in rugged rows,
Their faces almost identical,
Wearing the same stiff clothes.
Wrapped in eternal silence,
Mysterious, remote,
Their suffering far behind them;
None of them men of note.
Yet they represent an army
Of living, breathing men,
All of them fierce warriors
Who will never live again.
Their's not the splendour of marble,
Yet they have a certain grace,
And who knows what small history
Lies behind each bland face?
Did they enjoy the blessing of family?
Were they shaken by emotion?
And were their ordinary lives
Filled with joy and commotion?
For centuries the cows were grazing
Over each deep-dug grave.
This is immortality,
But not of the type to crave.
*
-------------------------------------- 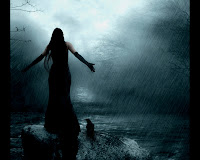 We've just enjoyed a really terrific show-day at Valentine. What a great audience. They laughed in all the right places and sang along with a will. Photos were difficult because the light was behind us but the one of me enjoying the Spring sunshine when we were on our way home isn't too bad. 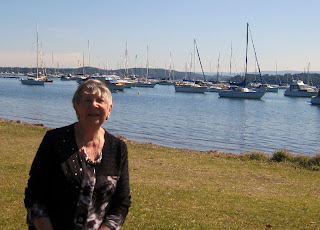 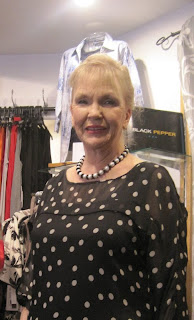 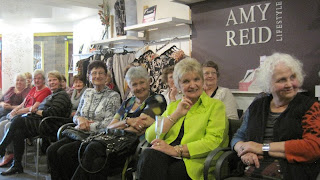 And some of the admiring audience.
*