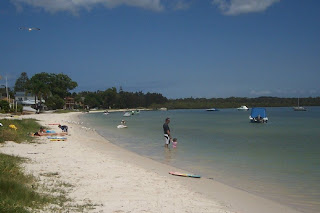 Are you seriously ordering another martini!'
Why not! The last one was only teeny.
What about the other six that went before?
Why am I lying on the floor?
I didn't come here to be embarrassed.
And I am sick of being harassed.
I've only been drinking lemon juice.
I'm trying to get up but it's no use.
Some first date this has proved to be!
I don't think you came in here with me.
Everyone warned me that you were a slob.
Are you one of the Clancy mob?
Good Heavens! You've even forgotten my name.
If you're forgettable I'm not to blame.
Are you seriously ordering another martini?
Only if you take off your bikini!
*