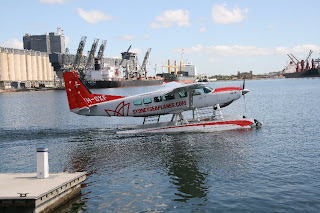 TAKING A BREATHER
Bugsy went to Confession, the first time in twenty years!
He thought he might drop dead one day so he went to allay his fears.
The Priest asked a gentle question 'Have you slept with a woman? he said,
Bugsy replied 'No, Father!' but his face went rather red!
'I'll ask you again! Mind what you say!' the Priest spoke sternly now,
'Have you ever slept with a woman?' . Sweat broke out on Bugsy's brow.
'No, never, never, Father!' Bugsy was quite emphatic.
The Father's brow grew clouded and the atmosphere dramatic.
Now he roared with religious zeal 'I ask you once again;
Have you slept with a woman? I know the ways of men.'
By now poor Bugsy was shattered, and he longed to tell the truth.
He knew he'd made love to women many times since his youth!
'I've never actually slept' he said 'If you know what I mean.
But I have sometimes dozed off a bit....
You know......in between!'
*
Posted by Rinkly Rimes at 6:52 AM

Both poems delightful, both made me smile. :)

By the way you'd probably really enjoy a flight over the coast. Hope you can get up the courage!

is it taking off or it has just landed? i'm afraid to take small planes :(

Wow! Not for a million I would fly in one ;-) A lovely post though.

I love looking at seaplanes and I love the concept but I'm no so in love that I'll ride in one.

I love your "taking a breather" yarn.

Sea planes are so much fun to ride in! Great shot

The poem is fantastic, and the story made me smile..

I LOVE float planes..that's a little beauty in your photo! And it's always good to have a morning chuckle..thanks for that, too!