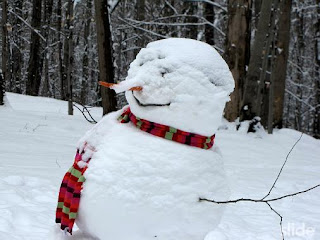 In honour of colder climes than ours!

NOT GUILTY!
You see I was cold, yer Honour!
I merely had one tot of rum!
I was standing out there like a statue
I was almost completely numb!
Let me make it really plain, yer Honour!
I once had a good pair of knees,
But they froze and disappeared completely
In the twenty-oh-ten Big Freeze!
As for my feet! They're gonners!
They were there till the temperature dropped!
But then my circulation
Absolutely, finally stopped!
Yer honour! The rum was medicinal,
I needed it as anti-freeze!
Even my arms started freezing,
Have a bit of sympathy, please!
Like twigs they were sir! Truly!
Yet now I'm up before the court
Because I was unruly!
What a disgusting thought!
The Master came out with a toddy.
Lovely and warming and sweet!
And he just said 'Poor old Alfie!
You're looking as white as a sheet!'
Yer Honour! It was accidental!
I just took an extra-long slurp.
The result was rather surprising!
Have you ever heard a snowman burp?
But the glow that the rum provided
Made me feel I could carry on,
Adding some charm to the garden
At least till the snow's all gone.
So, yes, I admit, yer Honour,
My singing was rather loud,
But I like 'Frosty the Snowman',
It always appeals to the crowd.
And regarding my hat, yer Honour,
It just sort of slipped from my head!
And yes, that word that I uttered
When it slipped was rather ill-bred!
I'm not long for this world, yer Honour!
So this my plea is heart-felt.
I promise some good behaviour
Before I finally melt.
And, no, I'm not smirking, yer Honour!
I'm trying to look benign,
And if my smile doesn't grab you
Well, it's no fault of mine!
'Let off with a caution!' Terrific!
You are really a king among men!
But I still feel a trifle unsteady!
Whoops! I'm going to fall over again! 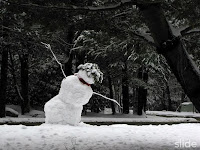 I suspect that the judge subjected him to six month in the freezer...

I like your poem. Mind you, it really doesn't do to mix rum and gin, no wonder he fell foul of the long arm of the law.

Thank you for popping over to Friko's Musings; I'm no good at poetry, but my language can be quite flowery at times too!

These are loads of fun. You made me smile and laugh. I could see this happening! You drew quite a story.

ROTFL!! That was a lot of fun and I am still LOL-ing!! You really are the queen of humor and rhyme Rinkly Rhymer!! Hic! hic!burp! Yo ho ho and a bottle of Rum for that!!

Cheers!! Have a fun time this season and all through the New Year!!

That was hilarious!!
You brightened my day instantly.
It has always been cheerful and nice to read you.
Hope to see you back at LoL in the New Year!! :)

Seasons Greetings to you!!