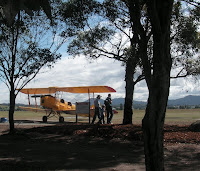 When we view the Jumbo Jets
Flying up on high,
Taking up a lot of room
In the bright blue sky,
We tend to think that man's progressed,
A least with aviation,
Almost to a point of excellence,
A certain culmination.
Carrying thousands every day,
Like fortresses up above;
When we  think of aeroplanes,
That's what we're thinking of.
But when we see this whipper snapper,
This cheeky little fellow,
With his rather flimsy wings,
Painted a cheery yellow,
We realise we've not progressed
Very far from the Brothers Wright,
When it comes to mimicking the birds
And aping them in flight.
This little country work-horse,
Maybe used to spray the crops,
Used for buzzing around the place
And doing little hops,
Is much more a direct descendent
Of the flying machines of yore
Than all those 4711s
However high they soar.
*
--------------------------------------------------------------- 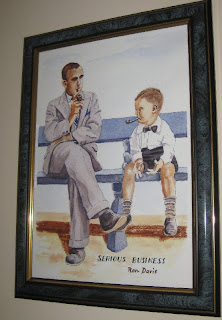 Seen on the wall of a friend!
Painted for him when he was a child!
He is the child in the picture.
The artist is the adult!
*
Nowadays,
Such an illustration
Would be beyond belief!
*
Were we really so blind, back then?
Were we unaware
Of the black,
Ill-smelling,
Poisonous stuff
We were taking into our lungs?
*
Was smoking a rite of passage?
Did little children
Long to emulate
Adult sophistication?
*
The stupid smoke even now!
But did we actually
Advertise,
Encourage,
And
Trumpet
Our filthy fixation?
*
Indeed we did!
*
And I ask myself
What are we doing today
That future generations
Will blanch at?
*
Will they gasp
When they hear of our fat intake?
Our computer fixation?
Our skinny models?
Our roads clogged with cars?
*
Will they say
'It's beyond our comprehension!'
*
-------------------------------------------------------------------
PS

We recently returned from a short holiday in Tasmania. For those of you who have never heard of it it is the island floating to the South of the continent. It has a much more 'English' climate than the rest of Australia. As luck would have it, though, it was very warm and sunny while we were there, and it was raining at home in Newcastle! We had two nights in Sydney before we flew to Launceston. (So many names are of English derivation!) 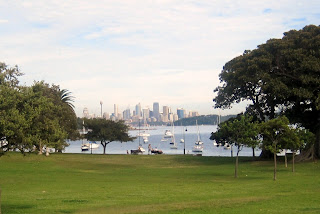 We drove to Watson's Bay in Sydney and caught the ferry back to the city. I love this view. 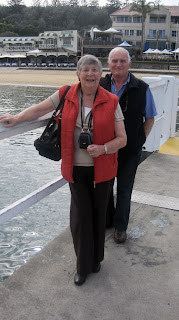 Someone snapped us on the trip. 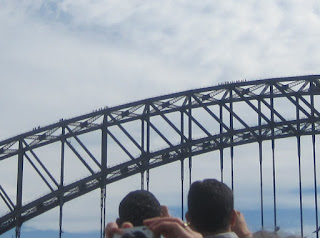 I was pleased with this shot of people climbing The Bridge. See the little dots? 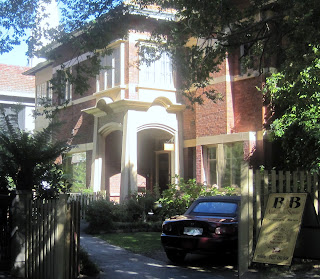 When we got to Tasmania we found our BandB was quite historic (by Australian standards). It was built in 1915 and I don't think many improvements had been made since then!!!!! 'Nuff said! 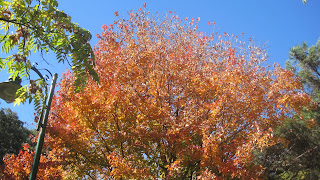 It was good to see some Autumn tints; they are rare in our home-town. 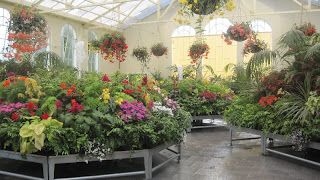 And these greenhouse blooms were more lush because of the climate. 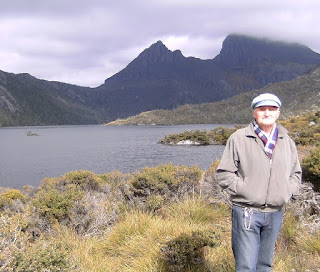 We did a lot of things......a river cruise, a visit to the museum, some shopping for winter clothes, some eating-out, a trip to the famous Gorge etc etc but we suffered a camera malfunction so we didn't get many good shots! This one of Malcolm, at Cradle Mountain, isn't crash hot. But I still think he resembles Edmund Hilary at the peak!
*
Posted by Rinkly Rimes at 6:51 PM

Never been to that place.. Great shots!