THE PRINCESS
(A true story)

Once I was a Princess, but that was long ago.
The Castle sat up on the hill; our house was down below.
The Churnet River ran between our house and high estate
But the influence it had on me was immeasurably great.
I would gaze from my bedroom window when the moon was riding high
And I'd see the romantic turrets etched black against the sky.
I became a romantic, a writer of poetry,
All because of a Castle floating in a starlit sea!
What a wonderful experience for a young girl in her teens.
I consider I was privileged to grow-up among such scenes.
*
Alton Castle was founded by Bertram de Verdon and built on a rocky precipice overlooking the River Churnet in the 12th century. It was substantially reconstructed during the 15th century and subsequently was damaged during the Civil War. In 1847 it was significantly reconstructed by the Catholic architect Augustus Pugin as a Gothic country house for the 16th Earl of Shrewsbury.The site was taken over by the Sisters of Mercy in 1855 and the presbytery became their convent. The castle remained a private residence until 1919 when the Sisters of Mercy bought it for £3,500 to extend their boarding school. The school closed in 1989 and the castle was left empty until in 1996. In 1996 it was established by the Archdiocese of Birmingham as a Catholic Youth Retreat Centre.
*
------------------------------------------------------------------------------ 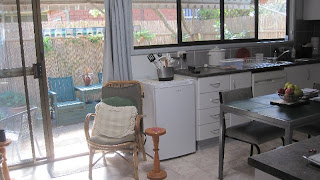 This subject may repel you, if you're not domesticated!
Six days a week housework's ignored; I absolutely hate it!
You could say I'm semi tidy, merely doing the things I must,
Happily ignoring things like untidy drawers and dust.
But, come Sunday, I am quite transformed into a hausfrau! Yes!
On Sundays I catch up with myself and accumulated mess.
I wake filled with a fervour that's almost heaven sent!
I never go to church but I am called-on to repent!
My Grandma used to say to me 'I love getting in a hum'
And I have taken-after her, as, also, did my Mum.
Energy throbs through me as I empty all the bins;
I feel I'm doing penance for all the past week's sins.
I sort the newspapers, do a wash, go round with a feather duster,
Clear the fridge and sweep the floors! What energy I muster!
You see, I am retired and so my weeks are full of fun.
I socialise continually, so nothing else is done!
I manage to cook a meal at night, but admit that I'm half-hearted!
My husband gets the shortest shrift! It's a wonder we've not parted!
Above you see the kitchen, after it's been 'done';
Outside you see the seat that I then sat on in the sun.
My Sundays are not glamorous, or even vaguely naughty;
I'm at home while all mankind seems  party-mad or sporty.
But don't cry for me (Argentina), tomorrow is sure to come,
And I'll be so delighted I spent Sunday 'in a hum'.

Love the story of Alton Castle. Beautifully told, it held me from the first and I believed it utterly - though I did not know then that it was true.

Thnx for providing this information on your site.
my website - Mini Bins Adelaide