This has been a disjointed week and this diary will be a little odd as a result. On MONDAY we had a craft show at my Probus Club and on FRIDAY we had a dress rehearsal for 'Jewelled Jeopardy'.
ADVENTURE
But in between Malcolm and I had a short break up in the Blue Mountains. The 'short break' proved to be shorter than we'd intended because the weather was against us. It has been wonderful to see good rains across the state, but mist and drizzle spoil a scenic trip, and we decided to come home a day early. Even so, I managed to take a few photos during a brief break in the weather. I'm going to attempt to 'cover' all next week's memes in this one diary! I wonder if I'll succeed. 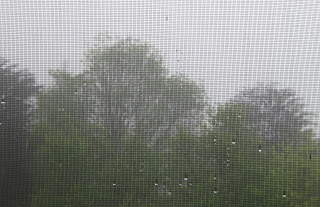 This was the weather when we arrived! I took this through the fly-screens in our hotel bedroom.
for
Watery Wednesday.
http://waterywednesday.blogspot.com/ 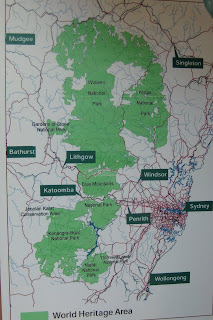 This is a map of the World Heritage area we had hoped to see more of!
for
Think Green Thursday
http://workofthepoet.blogspot.com/

We caught a cheerful ex-London double-decker bus around the place. This was a poster.
for
Ruby Tuesday
http://workofthepoet.blogspot.com/2009/10/ruby-tuesday_26.html

En route I was able to find some colourful items to fit the bill. 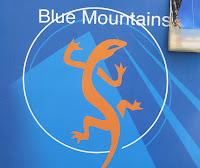 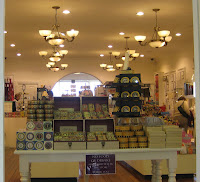 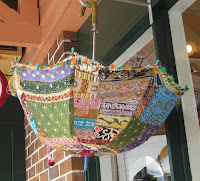 I even found a tiny bit of movement as a man in a silver hat greeted us! 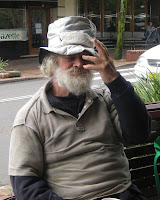 
The next day dawned pale but sunny and we managed to get among the crags. 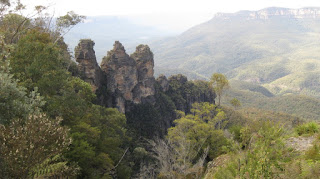 The Three Sisters
for
That's My World
http://showyourworld.blogspot.com/ 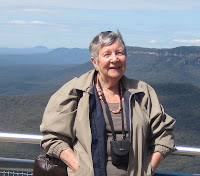 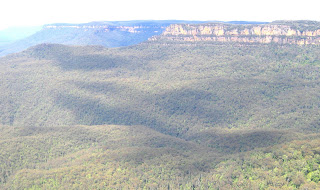 Shadows began to drift across the valley floor.
for
Shadow Shot Sunday
http://heyharriet.blogspot.com/ 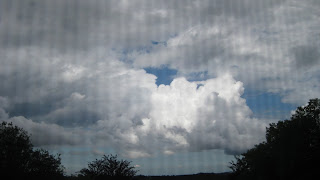 The clouds rolled in
for
Sky Watch
http://skyley.blogspot.com/


We returned to our little old-fashioned hotel 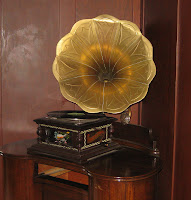 Where I managed one last photograph
for
Things Vintage
http://coloradolady.blogspot.com/

Then we went home.

On SATURDAY I rounded off the week with a birthday lunch for friend, Pam, and an afternoon classical concert.
Till next week,
Brenda

Thanks for the trip xx

Yes, a nice series of photos, including yourselves!
Showing the 'blue' mountain range as well.

Great way to get all the memes into one entry! Love your Color Carnival shot this week :-)

I'm sorry it rained during your vacation! But I know how much you need rain so I'm just a little bit sorry. ;-)

Grest photos and your included all the memes into one post. The three sisters rock is one of my favorites.

I often see additions to many photo memes when I go places, and it is even better when I have the camera. It is fun to see a photo blog in any subject...

The shadowy view above the forests is great, just looking at the shadow shape I see a lizard - shadows can make the imagination work overtime!

You two look to be having fun traveling together...

Lovely shadows on such a large scale. Beautiful!

What a great collection, I think you did manage to make all the memes fit your diary.
To bad the rain kept you from all you wanted to do but not sorry it rained. It will take a while to recover from the dought if nature allows.

Beautifully captured from high above, what a lush landscape!

Quite a beautiful mural and an exceptional effort for the week...there is a lot there to see and I enjoyed it all.

Perfectly adventurous way to fit a trip and nifty photos into a meme of week. Great lot of adventure and variety.

Wow what a great combination of meme! great shots!

I am a little bit late for my post but I am catching up. Hope you can still see My Shadow Shot Entry.

Great photos! Must have been a great trip!

I am loving the combo posts! Great shots!
Here's my Mellow Yellow entry.

I am visiting from Blue Monday but, I love the 'mellow Yellow" picture. that store looks lovely!

Have a wonderful day!

this is such a great package post, hehehe anyway mine is up and it is here I hope you can visit me too.

Came back for my Blue Monday entry!

Check out my daughter's Swing adventure.

Well, Rinkly, you seem to have covered it all in one post! Happy Blue Monday.

Check out the Senior and Junior in our clan..

Your photos were lovely and I enjoyed the whirlwind tour. Have a great Blue Monday.

Wow, so many great photos in just one post. If you missed a meme you couldn't tell by me. Looks like you had a good time in spite of the rain. ~ Calico Contemplations

Nice pictures collection, I like the one with you and malcolm. You look very happy and satisfied with you adventure.

You accomplished a lot! Thanks for sharing all your entries!

that's cute red double-decked bus:) Too bad it rained on your trip but your pictures more than made up for it. my RT is here.

Wow! That's covering the memes in an efficient way! Great photos for each. I love the red double-decker bus poster...brings back memories of my trips to London. And, I like the 3 sisters...they are quite picturesque. Fun post!

How about an ornery little fella for Ruby Tuesday?

I LOVE how you fit all the themes in ONE post! Awesome! Great job!

Wow..this is a great post for all the theme..I'm from Ruby Tuesday!

You've put so much into your post....I like that.

My R T is posted now. "I came, HE SAWED, we conquered". come see. Here is the permalink to my Tuesday post.

I don't think I've ever seen a shot through a fly screen before.
Sydney - City and Suburbs

Wonderful photos and very clever of you to include all the meme's this week.

thanks for taking us to different places..

Check out swimming with the kids.

Oh, you are so clever and well organized. Good work, - your photos are lovely, and the mist adds a nice touch of mystery.

Wow..I don't think I have ever seen so many memes covered in one post. LOL. Great job Brenda and I appreciate you participating in Think(ing) Green Thursday.. Michelle