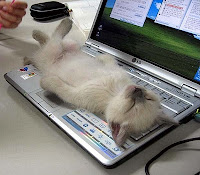 THE PERFECT GIFT.
(A true story; I was in the audience.)

Alan stood at the podium to give his little talk
A fine old man nearing ninety, with a stick to help him walk.
He described a recent visit to a friend, from days gone by;
He'd taken along a kangaroo and we all wondered why.
'A nice little thing it was' he said, 'And Ron was very pleased
Because it played 'Waltzing Matilda' whenever it was squeezed!'
We all looked rather puzzled; it sounded like a toy;
Something not meant for an old man, rather a little boy!
*
'It happened like this' said Alan,' He gave me a kangaroo
When we were in a prison-camp, way back in World War Two.
We flew a Manchester bomber, my friend Ron and me,
But, on June 6th, 1942, we went down in the sea.
We were lucky survivors, but prisoners of war,
And, for us, three years in German hands, sadly, lay in store.
I had my twenty-first birthday in October of that year.
There would be no cake or candles, no cards from the near and dear.
But, what a surprise! A kangaroo! A formal presentation!
A crowd of other prisoners! A proper celebration!
But where did the kangaroo come from? It was nearly as tall as me!
A great big hessian creature stood there for all to see!
It seems that Ron, in secret, had made it out of straw,
Stealing it from his mattress, and I never even saw!
He'd cut it out of sacking, the ears, the tail, the feet,
And now, my great stuffed kangaroo was standing there complete!
There's never been such a present for a lad of twenty-one!
I've never felt so Australian; I've never had such fun.
*
So I gave Ron a kangaroo when he turned ninety-two!
There's never been a present as good as a kangaroo!'
*
Posted by Rinkly Rimes at 6:30 AM

Hi Brenda, as a cat lover, I really enjoyed the first poem. But the second one tops them all. What a lovely story / poem for Remembrance day. Have a great weekend. Greetings from Jo, (now living in South Africa)

Hi Brenda. Well, if a little tummy rubbing doesn't pull one out of a funk, I don't know what will. Too cute. LOL