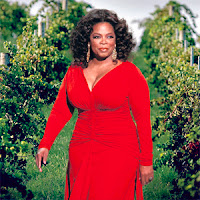 A MINOR CITY IN A MINOR COUNTRY
(Blatant self-congratulation!)
No! Oprah isn't coming to our city by the sea
But she's wearing red and so, of course, that's good enough for me.
She's coming to visit Sydney with quite an entourage
Which, as you would expect will be particularly large.
Sydney city is our Big Smoke; it's only 'down the road'
And it's the first time Oprah has left her own abode,
The United States, to 'do' her show abroad!
And so, of course, we small-town hicks are suitably over-awed!
*
But it's Newcastle itself I want to brag about today!
The Lonely Planet Guide's come out and here's what it has to say.....
'Newcastle, in New South Wales, is number 9 on our list
Of 10 destinations in the world which really should not be missed!'
Just imagine it! Newcastle! A former industrial town,
A lovely place to live-in, but, in parts, a bit run-down!
Evidently we scored so well because our amenities,
Our beaches, vineyards, lakes and hills and other things like these
Are all within such easy reach, and our people are so nice!
'Pay this place a visit!' is the magazine's advice!
Our climate, on the whole, is such that our weather is benign
And taken by and large, it seems we're really doing fine!
All right! New York was Number 1! But let me boast some more!
Our dollar now is equal to the USA's! Before
We were always languishing behind, but our economy
Is going great guns, so it seems, which quite amazes me!
*
So that's the end of boasting! I wont say another word!
But 'One of the ten best cities '..........  I want to make sure that you've heard!
*
P.S. David Beckham is playing here quite soon!
All the soccer fraternity is utterly over the moon!
*
P.S. Standard of living second in the world they say!
Only Norway beats us! That's all for today!
*
--------------------------------------------------------------------- 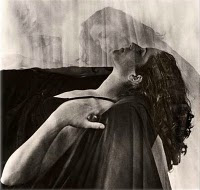 PRECIPITOUS
If she had waited a while
She would have heard the telephone ringing.
She would have answered it.
She would have heard his voice.
But she did not wait!
She could not wait.
Not one more moment of waiting could she endure.
It had gone on too long.
The hurt.
The emptiness.
The pain.
She would end it.
Taking the overdose was easy.
Too easy.
The tablets slipped down her throat
Without hindrance.
She desired them so completely.
Sleeping was easy too.
She slept.
She died.
And, as her spirit emerged
From her body
The telephone rang.
*
Posted by Rinkly Rimes at 6:52 AM