The Blueness of Blue 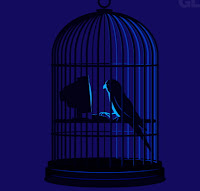 I remember, I remember how, many years ago,
Men were allowed to whistle, instead of saying 'Hallo'.
I was far from glamorous so it didn't happen much,
But I enjoyed being whistled at by labourers and such!
I didn't find it demeaning, in fact I felt quite pleased.
I felt it was just another way of being, sort of, teased.
No harm ever came of it as far as I could see
And I'd continue on my way as happy as could be!
I suppose for the really glamorous it got to be a pain,
But I always had to wait a while before it happened again!
*
Now why was the Whistle called a Wolf's, that's had my consideration.
Wolves never whistle, do they? So why that appellation?
Well, we've got to go back a bit, to a time of inequality,
When bedding the nearest female was the cause of some friviloty!
'The Day of the Wolf' was a festival that was held in Ancient Rome,
Where Romulus and Remus, the twin boys, made their home.
They had been nurtured by a wolf, or so the story went,
And so a celebration was the obvious intent.
The Latin name for 'wolf' is 'lupus', as I'm sure you knew,
So choosing a name to echo it was the obvious thing to do.
On the day of the Lupercalia, later called Valentine's Day,
The Priests would smear themselves with blood, a goat's blood, so they say.
The Februa, the womenfolk, would sit round on the hill,
And the Priests would take strips of goatskin and hit them with a will!
All the blood-smeared 'ladies' who 'enjoyed' these fun and games,
Would then be taken to a box, in which they placed their names.
Then, the so-called 'gentlemen' would have a lucky dip!
And, to put it mildly, the whole lot would 'let rip'!
Nor did the 'jolly hockeysticks' last for a day, no fear!
The poor benighted ladies were shacked-up for a year!
Maybe some enjoyed it but I'm glad I wasn't there!
There are many casual gentlemen for whom I would not care!
*
So that's how the name of 'Wolf' came down to all predatory men.
Let's hope that we don't all regress to Roman times again!
I'm sure, of the two eras, I'm happier with mine.
Maybe it was that behaviour that sent Rome into 'decline'!
*
The whistle? Well that started in 1952.
It was just a variation on the vocal sound 'Whoo-hoo'!
And now they've gone and banned it! Something I used to treasure!
Young girls walking the streets today are missing-out on pleasure!
*
Posted by Rinkly Rimes at 6:45 AM

haahhhaaa...how I remember the wolf whistle back when I was a young thing.
Cute cute post...and perfect for Blue Monday. :))

A great post..I enjoyed it so much... Indeed times have changed ..a quite different world our young people live in today.

LOL, yep I remember the wolf whistle, most young ladies really enjoyed it, despite their act of being upset..it was after all quite flattering to be whistled at by a gentleman.
Great post
Molly

Interesting and cute post. Happy Blue MOnday and I wish you all the best in the New Year 2011.

I love that blue picture, Brenda, and I've learned so much about the wolf whistle today! Why, I didn't even realize that it was banned!

I definitely remember those days. We lived in a small town. Each Saturday some of us girls would walk around and around the square so the boys would notice us more and whistle.

That was so cute. Ah the days of the wolf whistle. Don's false teeth would blow out if he tried it now...lol...