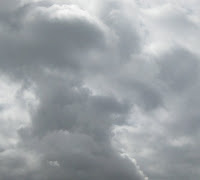 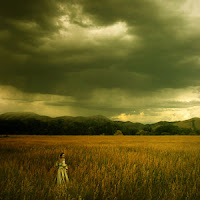 SUMMER RAIN
Still lie the paddocks, harsh and brown,
Until the Summer Rain falls down.
Making the countryside glow green
Mellowing all the country scene.
Every stream holds out its arms
Rejoicing in the water's charms.
*
Ripples dance on the rain-drenched river
All the flowers shake and shiver.
It washes the paddock and the plain.
Now give thanks for Summer Rain.
*
---------------------------------------------------------------
PS
We performed one of our Christmas melodramas yesterday. The audience was only small and there were fewer of us than usual, as the other half of our group was performing in a different venue. I roped in Malcolm and friend, Alf, to boost the singing. For our mini-melodramas we don't learn any words; we just read. And we don't wear costumes, just symbolic hats or whatnot. Here you see Macolm in a coronet as Prince Charming in 'Cinderella'. He's very good natured about it, considering it's not his 'scene'! I wrote parodies around Xmas songs (not carols) and they went down well. 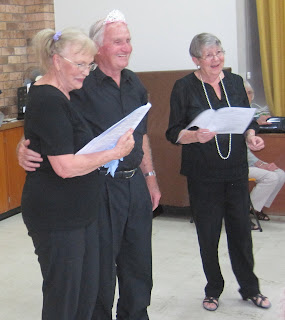 Below see Bev and Olwyn, the Ugly Sisters! 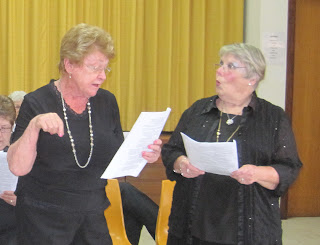 It looks like a lot of fun, audience or no audience!

It is easy to see how myth arose. No science to explain the natural world, man made up his own explanation. Some still do.

Looks like you all had fun. Happy weekend!
Sky Watch

I love the rhythm in your rimes - and it does look as if you are having a great deal of fun....