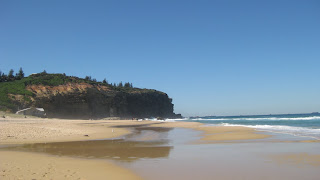 RUBY TUESDAY
http://workofthepoet.blogspot.com/2010/01/ruby-tuesday_18.html
THAT'S MY WORLD
http://showyourworld.blogspot.com/2010/01/my-world-tuesday-season-2-episode-15.html
REDHEAD!
How many hopeful gentlemen have gone to Redhead Beach,
Hoping to meet a girl with auburn hair?
And how many men have drifted home despondent and downcast
Because they didn't find a red-head there?
Only three percent of humanity is blessed with russet locks,
And most of them are braw redheaded Celts,
With a sprinkling of freckles, an aversion to the sun,
And a good old haggis tucked beneath their belts!
Most have fiery tempers and are passionate as well;
One could almost say that they are quite mercurial.
This description suits them whatever sex they be,
Whether the name is Malcolm or it's Muriel!
Some famous names will come to mind; Ginger Rogers, Danny Kaye,
Greer Garson, Rita Hayworth, Lucille Ball,
Woody Allen, Spencer Tracey, Nicole Kidman, Clara Bow......
They were famous and, indeed, were red-heads all.
But see the sign above which has a girl with auburn hair
Coaxing young men to dally in the sun!
I'd say that it's false advertising! All the men will find
Is a pinkish cliff! And Redheads? Not a one!
*
There's a Red-head here:
http://rinklyrimes.blogspot.com/2008/11/189-blond-blooper.html

See tomorrow's blog for some alphabetical nostalgia.
Posted by Rinkly Rimes at 7:31 AM

interesting...you know now that i'm going grey a whole world of colours is opening up to me lol. love that beach...one can dream

An interesting looking sign for the beach.
Sydney - City and Suburbs

As always Something whimsical. Redhead beach. You couldn't as we say here make it up. Curious.

Fun post.. I have always enjoyed making a red-head blush but in so doing my hair has turned white LOL

Now that's an interesting beach! And I love your words as always, Brenda! Such a fun post for the day! Enjoy your week!

What a fun post and a fabulous stretch of coastline in that photo! How cute this is!

Interesting display board at the beach. Very lovely shot.

great ruby shot...my first thought upon reading the sign was redhead girls too...or maybe it is only for red heads...

What a funny name for a beach. I've got auburn locks myself, but keeping them requires a deep and committed relationship with my stylist LOL.

An interesting rime about redheads - I only remember seeing the stars mentioned in monochrome photos, so
to learn that they were all red heads was surprising!
Great photo of the beach!

Sandy "From the Heart of Texas" said...

Great redhead rhyming scheme. Enjoyed your poem. I've been meaning to swing by but got blogged down. I'm easily distracted and lose focus quicker than a Google search.

I so enjoyed this! I always wanted to be a redhead when I was younger....

I enjoyed your post and the beach looks wonderful.

Snow no More for Outdoor Wednesday.

Only 3%? That surprises me. I hope you are having a wonderful Outdoor Wednesday.

I was born with red hair, now only a few highlights remain when the sun is shining directly over my head. The gray is coming in nicely though.

A lovely photo of the beach. Hope you are having a nice weekend, Ev

Very nice view of a beach. Have a great weekend:)

Brenda, I enjoyed your poem oh so much. My mom be a redhead and I have the redhead complexion. I will have to send her here to read your post. Wonderful photo too.