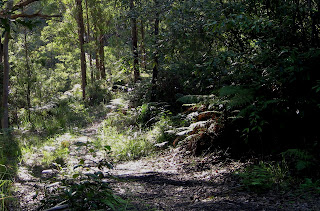 New Zealand has claimed the fern and that isn't any wonder

For ferns abound there, lovely ones, maybe the best Down-Under.

But Australia  is also home to ferns, historic ones because

They've grown like this in the deepest bush since the days of the dinosaurs.

The Australian Continent is old, the oldest place on earth;

It stood alone in the boiling sea, before Life had its birth.

Erosion has worked for a billion years to make this country flat,

But the fossils in the deserts give us something to wonder at!

To think it lived with pliosaurs where now there is dry land!

We speak a lot of Climate Change and what may lie in store,

But things have changed an awful lot, many times before!

And will again, that's for sure ...but not too soon, please?!