PINK SATURDAY
I LOVE LOGOS
I love logos; they're smart, I think.
Here are some that are coloured pink. 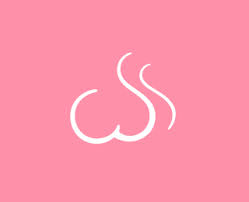 The meaning of some is quite obscure
But this one verges on the impure! 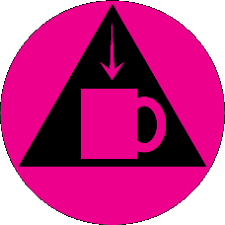 This one is a deeper pink,
Offering you a little drink.

This one is a mystery;
It doesn't say very much to me.

This one is a bottle-top;
They'll probably drink until they drop!

So simple, yet it seems to shout!
Yet I don't know what it's all about! 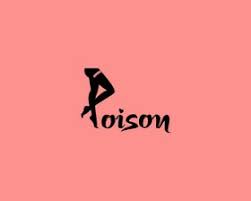 Clever! Clever! It says it all!
It packs a punch although it's small. 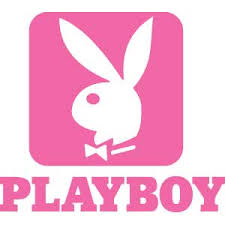 ZIP!
There was a young lady called Pip,
Who was eager to go on a trip
But there was one hurdle....
A tight-fitting girdle,
Which just wouldn't zip over her hip!
*

Life has been very hectic of late. Three Melodrama 'gigs' in two days, plus a rehearsal for our Xmas Lunch skit. On Wednesday morning we performed 'Unhand Me' for a local Church Group. I tried to be too clever and slot Xmas parodies into the old scripts, but I simply made them difficult to follow, so there were some glitches. However, the elderly people enjoyed the members of the group recounting memories of childhood celebrations, so they were quite happy. In the evening a group of us went to a city venue to perform 'Unhand Me' again; we were paid quite handsomely for a ten-minute performance and the rest of the show was enjoyable. We were very surprised to find that a strip-tease was included! On Friday we had another low-key show at another Church Hall. This time we 'did' 'The Golden Heart' which we hadn't done for a while. The audience was small, so we felt it was almost like an extra rehearsal. The show was followed by a delicious meal. The following photos are from the latter show. 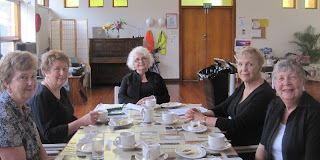 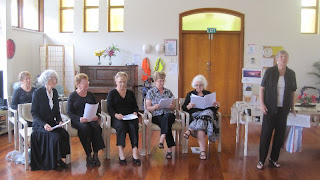 I announce the play. 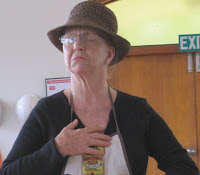 Pam hates this picture but I think it shows her understanding Agatha, her character. 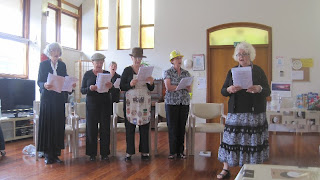 Happy Pink Saturday! I love the way you creatively wrote about these very interesting logs. I had never seen most of them before. -Lola from Buddhatropolis.