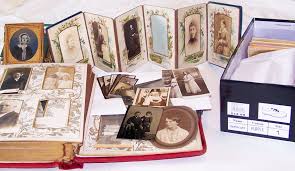 PHOTOGRAPHIC MEMORY
Sort them, label them, pin them down, the photographs of the past.
Those little scraps of ink and card that help our memories last.
They say the camera cannot lie, but, by some alchemy,
A photograph can capture so much more than we can see.
I may be smiling broadly but I know that was the day
When someone came to say goodbye and I begged them to stay.
I may be looking solemn, but, as far as I recall,
That was taken at a party where I really had a ball.
And there I am with Ena, who was someone I couldn't stand!
Yet there we look so friendly, why we're almost hand-in-hand!
'Something' rises from the paper and the dim days of our youth
That insists on complete veracity.
Lies defeated by the truth.
*
------------------------------------------------------------------------ 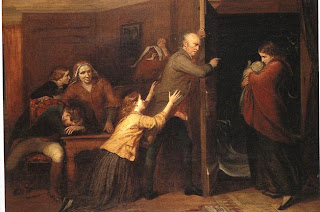 Poor little bantling, without a Father's name!
Always to know his wretched Mother's shame!
A bastard! What a cruel word! And what an innocent child!
By the actions of others, evermore defiled!
Today we tend to overlook the torments of the past,
The youthful mothers castigated, spat-on and out-cast.
And we forget that, often, they were 'thrown out in the snow'
To wander along the highway, with nowhere else to go.
It's not a joke of melodrama, the fate of girls back then;
It happened in an unfair world, dominated by men.
Servant girls were often 'used' and then were cast away,
Their masters just forgetting them in less than half a day.
As for the little bantling, it was evermore derided
As someone less than human, to be sneered at, to be chided.
*
Yet 'bantling' is a gentle word, unlike its counterpart;
'Bastard' is much crueler; it could strike one to the heart.
'Bantling' comes from the German; it means 'bench', a sort of seat,
On which a person can relax to rest their weary feet.
Well, it doesn't come from any old bench.....I swear that this is true!
It means a bench ....wait for it..... capable of holding two!
*
A little bit of history, with some nudge and wink thrown in!
Who knows where memes will lead us..... often into sin!'
*
Posted by Rinkly Rimes at 6:38 AM

Two more good ones, Brenda. I don't know how you do it. Oh, okay, I know how you do it. You can set your brain to think in rhyme. I could do that when I was younger, but by the time I started blogging I was 30 or 40 years out of practice. The writing memes are really helping, though. One of these days I'll feel like a writer again.
K