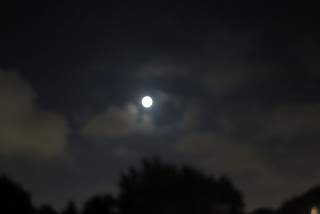 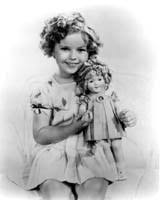 I never had a Shirley Temple Doll!
That's why I'm such a crazy mixed-up pensioner!
Shirley Temple was the icon to extol.
I still go weak if anyone should mention her!
For she was such a perfect little girl,
With her dimples and her pretty curly hair!
She could tap-dance, she could curtsy, she could twirl!
All in all I felt that life was hardly fair!
But if I had had a Shirley Temple toy,
Some of the magic might have come my way.
And so I tried out every female ploy
Nagging my parents each and every day!
'All the other little girls I know have one! It's true!
I'm the only one without one that's for sure!
If I don't get one I don't know what I'll do!'
On and on I'd go with many an encore!
*
So my Mother bought a 'Shirley Temple' dress!
It said it on the label at the store.
So, in a way, I had a small success.
Though it never really evened up the score.
My life has been deprived, as you can see,
And I very nearly turned to alcohol!
Are there any others out there just like me
Who were denied a Shirley Temple Doll? 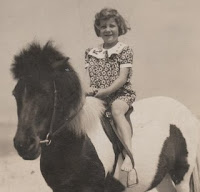 Exactly! There are photos that are wordless to those who are intuitively visually aware than verbal, but when the verbal can realize it in this wonderful way, it becomes a pleasure to contemplate the two forms of expression. Thank you, Brenda!

Lovely post and moon capture. Thanks for sharing, happy skywatching!

Wonderful shot of the moon and I enjoyed the whole post.

I love the picture and poem with the moon. Beautiful!