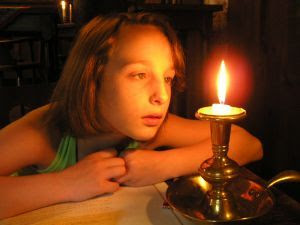 Somewhat heartfelt and nostalgic today......Jo was a schoolgirl with me. She was short, with very strong features, intensely blue eyes and curly hair. She was a very vivid and 'alive' character. I remember us standing in the school corridor talking about death.She said

'Well, there wont be any point living after sixty-five will there'.

I never saw her again after we left school, but I heard, recently, that she 'died young'. I wrote this poem before I heard the news. Which makes these words all the more poignant.

Do you recall how you and I

Discussed how it would be to die?

Do you remember how you said

'It will be restful to be dead.

When I reach sixty-four or five

I wont much want to be alive.

I'll realise it's time to go'.

You laughed, quite sure you spoke the truth,

Brimming with certainty and youth;

Life was a thing of verve and zest;

Death just a postscript to the rest.

'It would be mad to linger on,

When it was clear we should be gone.'

At seventeen, as I recall,

We knew it all.

I added my opinion then….

'Who wants to reach and ten?

There will be nothing left to see!

I'll have been all I'Il want to be.

Death will be welcome and quite sweet.

Who wants to be wrinkled, old and slow?'

Sixty years on, where are you, Jo,

Now that it's nearly time to go?

Oh, not tomorrow, not next year,

But the future's not in doubt from  here.

Are you still sanguine and at peace,

Quite comfortable that life will cease?

Or do you reminisce and fret

There must be times when you declare

There's still so much to do and learn!

It can't be true I've had my turn!

It can't be true there's not much more!'

Are you still wise and brash and sure?

The passions and the longings last;

Where did they go, the years between,

Had we a choice, which would we choose,

This tiny life we swiftly lose,

Or a vast unending stream of living;

Would we choose a dandelion puff

And would forever be enough?

As I ache and complain, I must admit, the will to live has not yet dimmed

Your poetry leaves me breathless.
Thank you again.

I forgot to answer your question regarding my bears.
All my bears have arrived *all-dressed.*
My little autumn bear is in a candy corn costume.
Maybe in Australia you don't have candy corn and if you don't have it what a shame.
It is one of the best things about autumn.

The passions and the longings last

Wonderful poem. I was listening to a John Betjeman poem on TV last night and wished I could write poetry. You truly have a gift. Billy Connolly said in a magazine recently that life is to be lived to the full. That's all that matters! I'm sure your friend did.

I agree with you Rinkly. My father used to always say he would die by 45. and in a lot of ways he lived life to die. I don't think it was until he turned 45 that he began to fight for life.