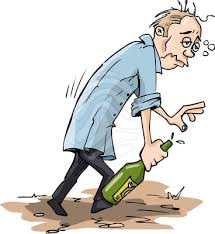 I was never one for alcohol

Until I met Maureen;

She was the most delicious girl

That I had ever seen.

I had to get to know her;

I had to ask her out.

But I was a little weedy chap

And I was filled with doubt.

To muster up some courage

I drank a little drink

Of beer and wine and whiskey

And gin, which, of course, was pink.

I declared my overwhelming love

But then I struck a hitch!

The alcohol took over

Though some are Number Munchers and enjoy them for a meal!

It's strains my little grey cells just to count above a ten!

And when I do I sigh and say' I won't go there again!'

Which is odd, because my mother loved numbers all her life;

She'd have much preferred accounting to being a stay-home wife.
*

Never 'allowed' to go out to work, she was tied to the kitchen sink,

Which was a waste of an agile brain that was crying-out to think!

For 'one brief shining moment' during the Second World War

She told me she was happier than she'd ever been before;

She worked at an aircraft factory, doing accounts, of course,

As men were in the army or some other fighting force.

As soon as the War was over she was popped back in her box!

Women were made for bed and board and, maybe, pretty frocks.

But, unbeknown to her, her genes were lurking out of sight

Inside me, her daughter, so that made things all right.

I couldn't add or multiply; well, maybe just a bit,

But at algebra and geometry I certainly was no hit.

But now I have a daughter who finds work with numbers 'magic',